Assuming an average per-unit cost of $420,000, it would cost nearly $300 billion to construct 700,000 units of affordable housing, or $37 billion per year throughout the upcoming 8-year Regional Housing Needs Assessment (RHNA) cycle.  If local, state, and federal governments were to fund 20% of the capital costs, relying on nonprofit and private capital for the remaining 80%, the cost to governments would be $60 billion, or $7.5 billion per year.

This spreadsheet contains additional detail and sourcing for this estimate. 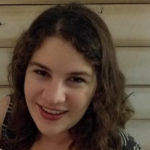