LOS ANGELES – As new details emerge in the corruption investigation of LA City Councilmember José Huizar, Abundant Housing LA believes that  major reforms to land use and development governance are necessary to stamp out corruption and ensure that the fight against the housing crisis remains a top priority. Bribery in City Hall is not a victimless crime; the thousands of unhoused and rent-burdened families in our city are directly impacted by this type of corruption.

Councilmember Huizar stands accused of having received over $1.5 million in improper benefits, including campaign donations and outright bribes, from real estate developers seeking Huizar’s support for their projects. Given Huizar’s position as chairman of the powerful Planning and Land Use Committee, and given that LA City Councilmembers have significant authority over which real estate projects are approved in their districts, he was well-positioned to harness unscrupulous Downtown developers’ willingness to engage in pay-for-play and create an audacious shakedown operation.

One notable detail in the investigation was Councilmember Huizar’s approval of a reduction in the number of affordable units required in an Arts District development, in return for a $50,000 donation to his wife’s aborted campaign for City Council. . This amounts to an egregious affront to our most vulnerable neighbors in a city overwhelmed by a severe housing crisis.

As the LA Times editorial board argued, “When an official holds that kind of concentrated power — over decisions that can cost developers and companies millions of dollars — it just invites corruption.” The problem of undue influence over land use decisions is not just limited to Councilmember Huizar; it is an endemic issue that has clouded City Hall for decades. Rot in governance must be met with structural changes.

The influence that developers gained in bribing Councilmember Huizar has exposed the need for overdue reforms in the very way in which we build our city. The people of Los Angeles need and deserve a government that is not only proactive in tackling our biggest challenges, but also does so in an honest, transparent way.  This would ultimately be in the best interest of all Angelenos, especially the most vulnerable, rather than in the interests of deep-pocketed developers with questionable business ethics.

City Hall and Mayor Garcetti  must now embrace bold reforms in land use governance, with the end goal of  removing opportunities for bribery in the first place. The first step would be to  merge the Department of City Planning and the Department of Building and Safety. This would speed up and streamline the process of getting real estate projects approved, which currently can take years in some cases. This would deliver much-needed housing more quickly, while also reducing the ability of individual councilmembers to expedite project approval in return for campaign donations.

We also recommend making new housing development for projects with fewer than 250 units “by-right”. This means that if  a proposed project complies with all zoning and land use regulations, it is automatically approved. City councilmembers would no longer be able to weigh in on the approvals process for individual projects, which would give them fewer opportunities to manipulate the process in the pursuit of personal enrichment or political favors.

The housing crisis facing Los Angeles is deep. We cannot successfully end it without trust in and commitment from our city’s leadership. 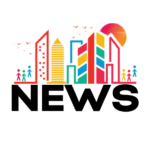 Official content and communications from Abundant Housing LA. Follow us on social media for the latest from LA's pro-housing voice.